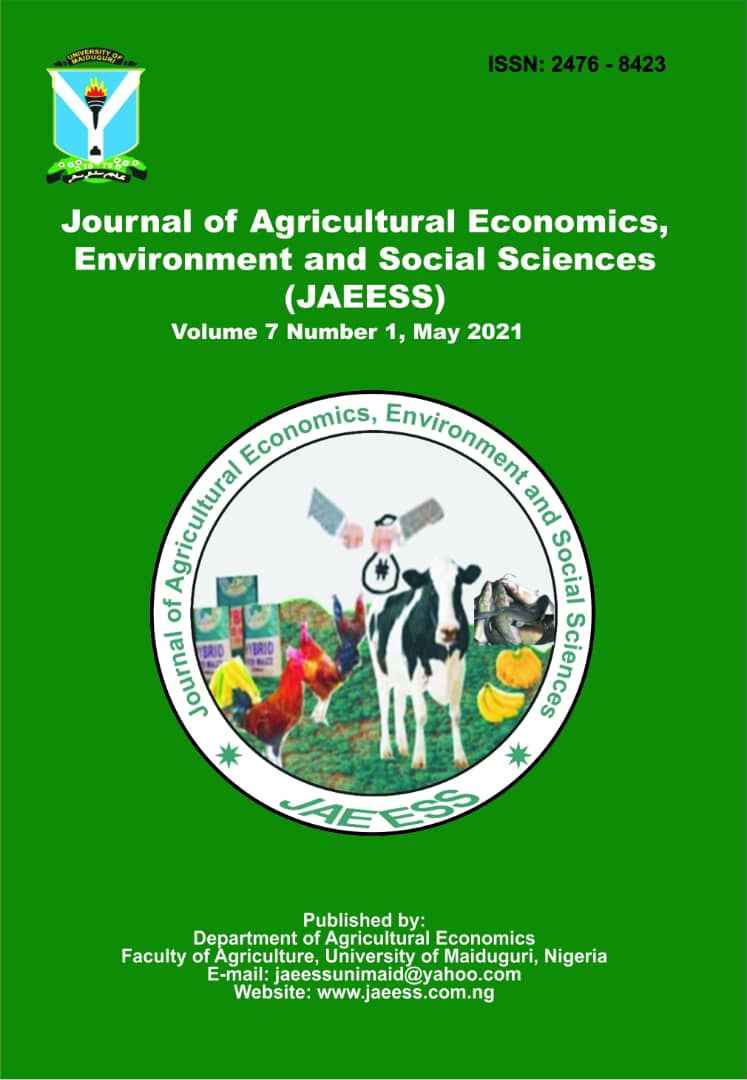 A survey was conducted during the rainy season between August and September of 2011 in
four wards of Fika Local Government Area of Yobe State. The survey was done in order to
determine the different weed control methods used by farmers, identify the Constraints limiting
the use of the identified methods of weed control and to assess the Farmers' perceptions of
effective usage of the different weed control methods in their farmlands. The data collected
was in form of oral interview whereby a structured questionnaire was administered to
individuals at random among 125 farmers of Ngalda, Fika-Town, Gadaka and Anze of the
Local Government Area in September. (18.4%) of farmers encountered Striga spp, (20%)
encountered Cyperus spp, (21%) had problems with Cenchrus spp and 40% encountered other
different weeds such as Cynodon dactylon and Pennisetum purpureum. The most effective and
popular method of weed control used by the farmers is the use of hoe weeding (44.8%), for
using herbicides as weed control, majority of the farmers (78.4%) do not use herbicides and
they do not know that they can control the weeds in their crops using Herbicides, while only
29.6% of the farmers use Herbicides to control the weeds in their crops. The constraints of
weed control by Hoe weeding as revealed by the farmers are strenuousness (44. 8%), with
Oxen plough (30.4%), Tractor (15.2%) and Hand pulling (9.6%). This method is not only
laboring intensive, expensive and strenuous, but can also cause damage to the growing
branches and root of plants. In addition to high labor demand by hoe weeding, there is
uncertainty leading to greater yield loss. The frequency of weeding twice by the farmers in the
study area from the survey findings is very high with 82.4%, while 10.4% and 7.2% of the
farmers weed once and thrice respectively. However, constraints limiting the use of Herbicides,
16.8% lack the experience, 8% lack the expertise to show them, 8.8% do not use herbicides
due to the unavailability and 66.4% due to the high cost. Farmers level of awareness/training
shows that only 4.8% were aware while 91.2% were not aware of using herbicides to control
the weeds in their crops. 53.6% of the farmers own their lands with 42.4% having between 2-
3 farms and 48.8% having only 1 farm. Family farm labour is at 50.4% and 49.6% as hired
farm labour. 54.4% were payed cash and 8.8% as labour exchange. There were 100%
considerations of weed control by the farmers. The availability of farm inputs and farmer’s
expectation from Government shows 97.6% signifying seed cost as cheap, 57.6% showed the
unavailability of fertilizer, 59.2% showed the high cost of fertilizer, 66.4% showed the
unavailability of Herbicides, 54.4% expect fertilizer from Government, 30.4% expect seeds,
11.2% tractor and 4% needed extension agents from Government. The study concludes that the
most prevalent weed control methods among farmers is the use of hoe weeding, and that the
use of herbicide is not well adopted. However, more awareness on the weed control methods
particularly the use of herbicides should be made known to farmers.